Get fresh music recommendations delivered to your inbox every Friday.
We've updated our Terms of Use. You can review the changes here.

from Individual Results May Vary by Possible Oscar 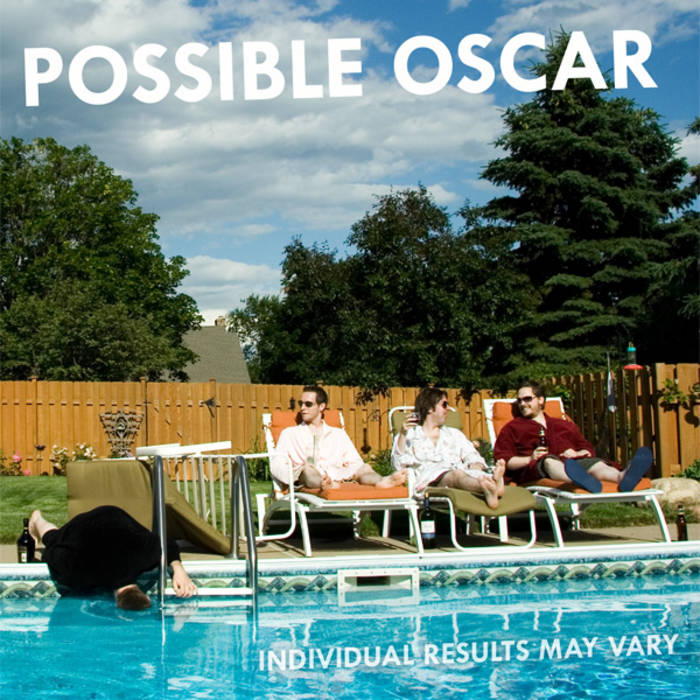 This is a cover of a song by Tom Smith (tomsmithonline.com). Ever die horribly, repeatedly in a video game? Yeah, it’s probably mentioned in this song.

Rocket launcher, rail gun, BFG Nine Thousand One,
Never saw it coming and I never had a chance.
Bad enough being dead, Sub Zero pulled off my head,
Master Chief is doing his victory dance.

Lost Asia in Risk, Diablo burnt me to a crisp,
Even though I had the Godly Plate of the Whale.
Two pair, eights and kings, Sauron got the One Ring,
Getting dysentery on the Oregon Trail.

Cliff racers, cave bats, stupid frickin' giant rats,
Deadly pirahna poodles, or soldier ants,
You were eaten by a grue, Hah! The wumpus got you,
Nancy Drew and Scooby Doo teabagged in Halo 2.

My marble plummets from a height, should have rolled it to the right,
Jumped through lots of traffic but then fell off a log.
Russian cubes from the sky, and I let 'em stack too high,
Punched right off the screen by a humanoid frog.

T-rex got me, now I'm toast, chased down by a blinking ghost,
Landed on some spikes and dropped every last ring.
Bitten by a fanged slug, Jafar zapped my flying rug,
Trampled in a bog by a Barbarian King.

Mechanized war bots, Mudokan slingshots,
Centipede dropping a flea on my head.
Couldn't fly as Alfred Chicken, Duke Nukem kept on kickin',
Fought Guy of Gisborne with only some bread.

Skeletons hit me twice, dragon breath cased me in ice,
Couldn't line up all the jewels three in a row,
Shot up by Miami cops, beaten with karate chops,
Kept on missing platform hops, and the timer never stops.


Dead again,
How come these worlds have so many bottomless pits?
Dead again,
And everyone that I meet wants me blown to bits.
Dead again,
Reincarnation one byte at a time,
Dead again,
It's so embarassing to be killed by green slime.

Real life goes on until you're
Dead, or so I'm told,
Injury, catastrophe, or
Simply growing old
Fantasy's supposed to be where
You can find your dreams,
But all I find is game designers
Hooked on players' screams.

Smothered by a boa constrictor, drawn and quartered by a lich or
Eaten by a cat while dodging Beethoven's Fifth.
My flying ostrich drowned, monkeys thowing barrels down,
Torn apart by creatures out of legend and myth.

Zombies got a hold of Jill, nurses up in Silent Hill,
All those German snipers on the beach at Omaha.
Swallowed by the sand worms, infected by some nasty germs,
Didn't slap the leather when I heard him say, "DRAW!"

Running from Koala Kong, made a turn that's really wrong,
Sephiroth's supernova fried us where we stood.
Broiled in a lava flow, squashed by Super Mario,
Didn't make my saving throw against lawful good.